We have arrived at the Coriolis platform in Grenoble and it is seriously impressive. When you have heard us talk about a 13-meter-diameter swimming pool that is being rotated, you could not have possibly imagined this GIANT 13 METER DIAMETER SWIMMING POOL THAT WILL BE PUT INTO ROTATION! At least I know that even though I theoretically knew the dimensions, I had absolutely no idea of how massive the structure would actually be when you stand in front of it or even climb in.

Let me show you around a little.

This is what the whole thing looks like when seen from the outside. It’s very difficult to imagine the scale of it all, but you can see the dark floor at the bottom of the tank, then on the left, there is a second level, and a little further up a third one. Those are all normal floors — on the second level there even is a little office!

When we climb down as low as possible, we see how the whole tank rests on all kinds of very heavy duty structures. And it must be, considering that it is supporting not only a lot of moving water, but also an office! I can’t wait to see everything rotating! Here you can maybe gauge the scale a little from the stair cases and handrails? 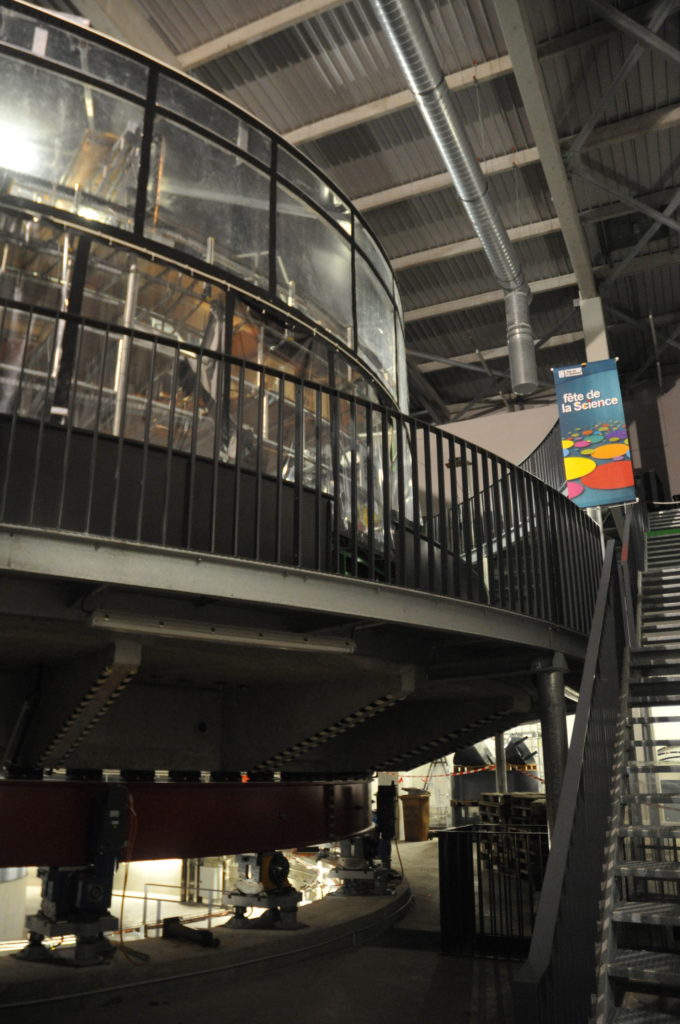 Below, the green metal wall (inside of that black-and-yellow striped zone, which is what will be turning, and the black safety guard) is the outside of the actual tank, that will contain the water later. 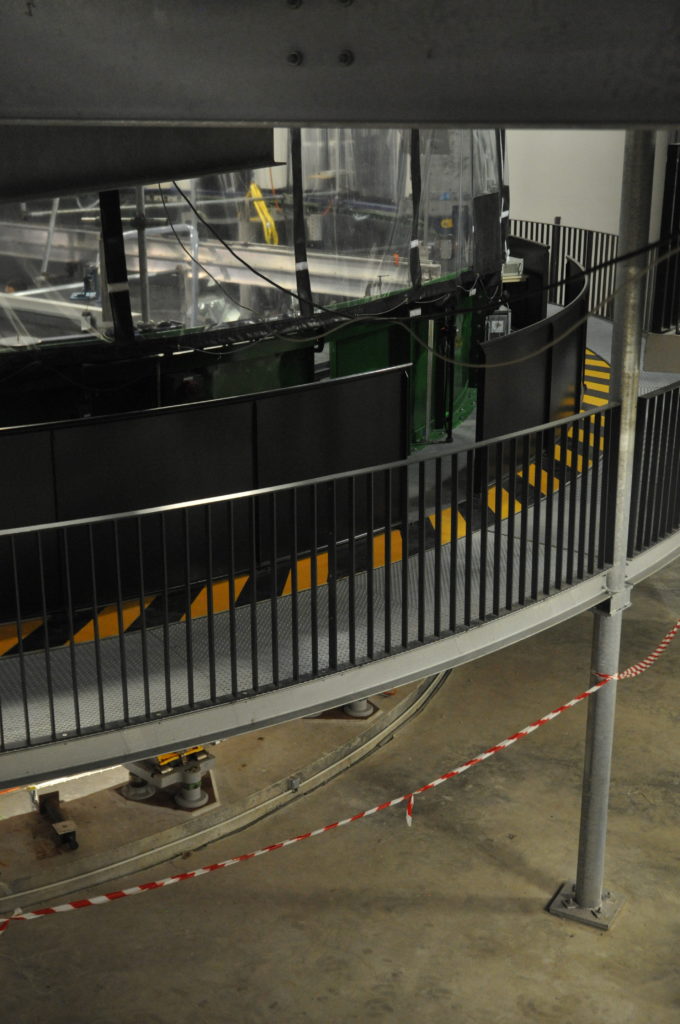 This is the office space on the second floor I talked about: you can kinda imagine the size of the tank underneath from the curvature of this room. And this will be rotating with the tank! 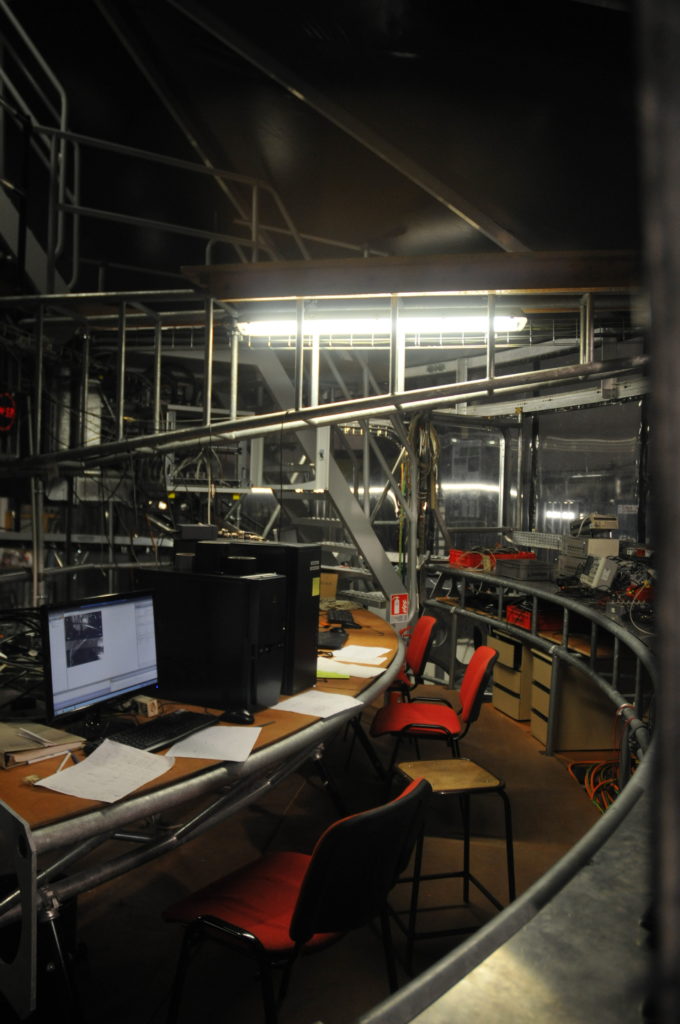 And here you see Elin down in the tank. The clear structure to her feet is the topography of Antarctica that we will use in the first experiment (more on that later). 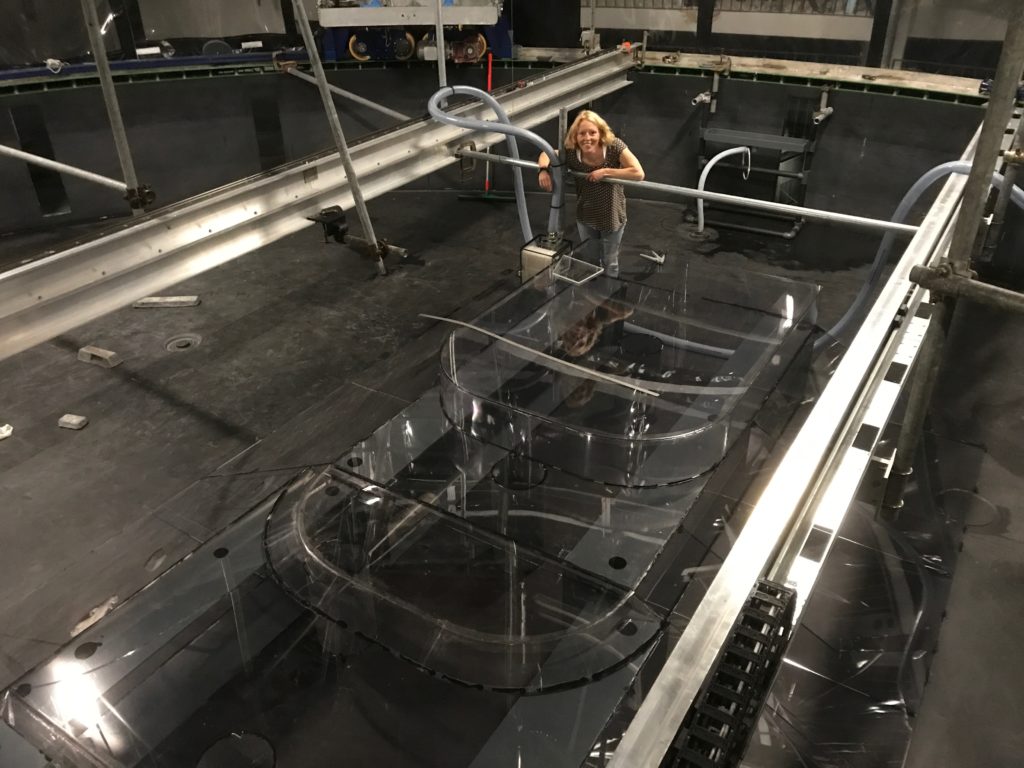 When you look up from the tank, you see a lot of scaffolding and two very nice technicians (can you spot both?) installing fancy camera equipment for us (more on what we are going to do with those in later posts). 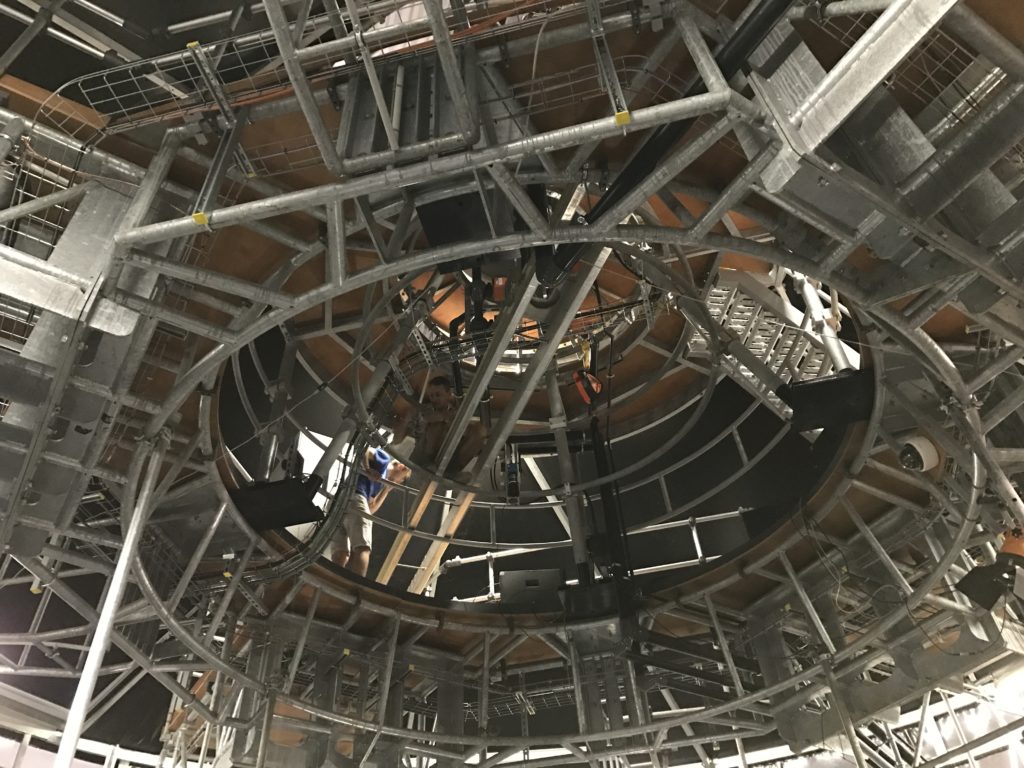 So this is where we’ll be for the next couple of weeks!

The first thing we did today was to measure the topography so we have a reference for what is actually in the water later (rather than what we thought there should be). You see Elin (on the left) sitting on the bottom of the tank, and Nadine (on the right) climbing on the topography. 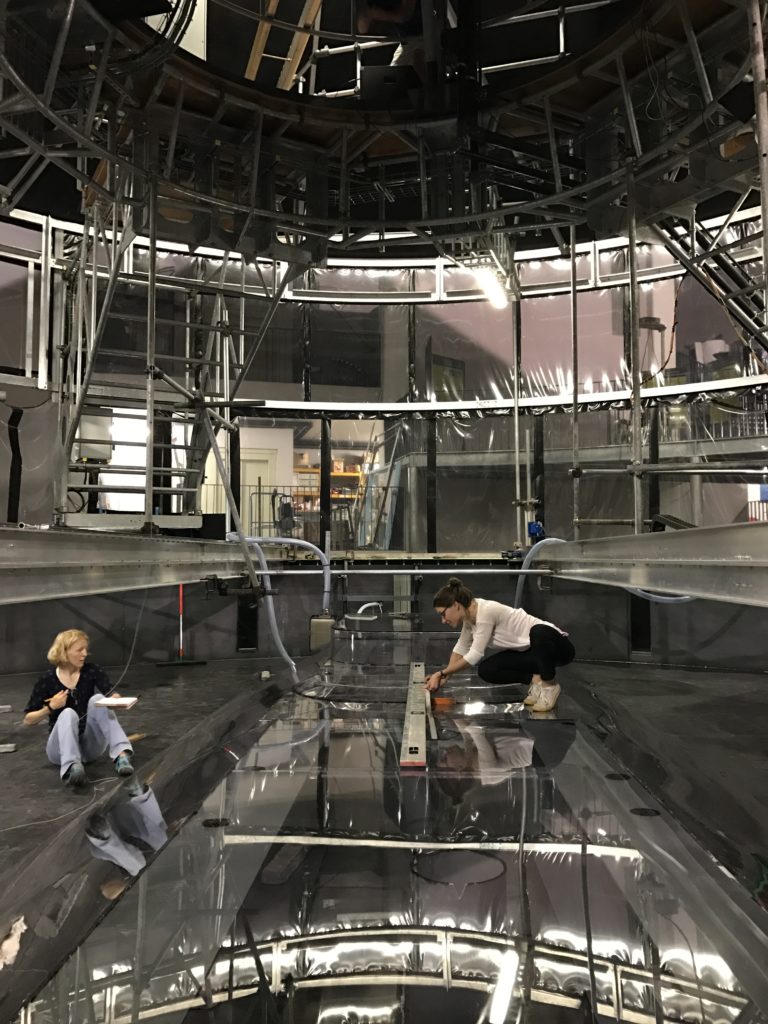 And now we are busy sorting out all the things like access to the servers so we can see the data we’ll be measuring, VPN connections so Matlab finds its licence back home, and all the other fun stuff. But we will obviously keep you informed of every exciting new development, the super awesome science, and we are hoping to start calibrating the cameras later today! 🙂