I’ve headed north to Tromsø (where winter and snow is still hanging around town but where the sun is up almost 24h a day!) to be part of the kick-off meeting for TONe, a large infrastructure project. In short – the Norwegian Research Council is paying for a lot of fancy and exciting instrumentation that is to be installed at and around the Norwegian research station Troll in Dronning Maud Land, Antarctica.

Over the coming years, the Norwegian Polar Institute (who runs the station) and friends will install instruments to observe everything from the ionosphere&southern lights to seismic activity, pollution and birds.

I’ll be involved in two observatories: FIO (Fimbul Iceshelf Observatory) and MOMO (Multidisciplinary Ocean Moored Observatory).  In FIO, we will drill through a few hundreds of meters of ice to renew the moorings under the Fimbul Ice shelf. These were installed in 2009 and they are still running! We will also put moorings on the continental slope north of the ice shelf (MOMO) so that we can connect what happens in the ocean with what’s happening in the cavity. I look forward to a lot of data – and a continued collaboration with Tore, Laura & Co in Tromsø! 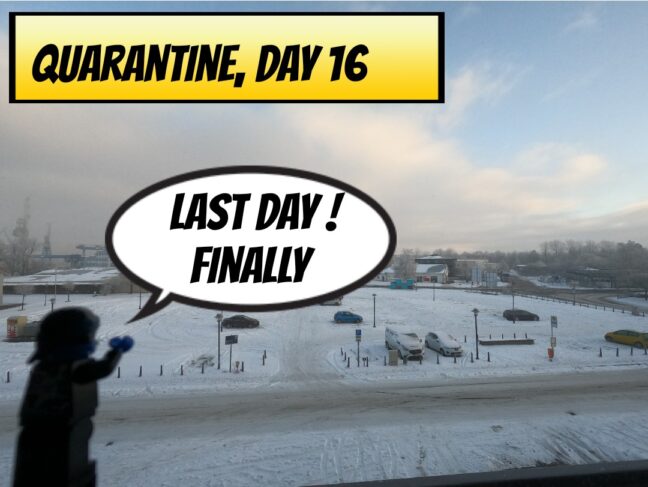 I can’t believe we are finally there – after sixteen long days in this hotel, we’re finally checking out this afternoon! Our luggage is already on its way to the airport, and in a couple of hours, the rest of us will follow! Polarstern is already in Port Stanley, Falkland Islands, waiting to take us down to the Weddell Sea.

The team from Lufthansa, who has also been in quarantine with us, told (and showed) us everything there is to know about the flight and the Airbus-plane last night. What will happen at the airport (they will open up a closed terminal just for us!), the route, the weather (huge cloud along the coast of Brasile that we will have to circumnavigate ), what it looks like in the cockpit when you land in the Falklands Islands (from when they trained in a simulator) – and what we do if we can’t land in the Falklands…

The presentation was the last one on the schedule – during the last couple of days, the science teams have taken turns to give present themselves and the work they are to do on Polarstern. It’s been interesting to learn about everything from how you sample ice-algae to seal blood and trace metals and how you can measure ice thickness from a helicopter! The scientific program for the expedition is indeed very diverse – and we are all very keen to get started!

But we have a 15.5h flight ahead of us first! The captain had heard about my Ninja-project – and we now both have an invitation to come and join him in the cockpit before we take off! Exciting! 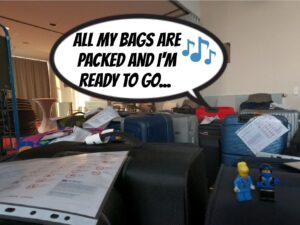 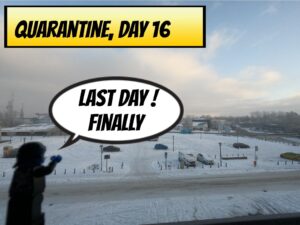 Vår Dundas writes about her first days on board Malik Arctica:

The two weeks of isolation and quarantine are over, and we are on our way southward! It feels good to be moving and getting closer to Antarctica. The first week at the hotel was a challenge – staying indoors on a few square meters with food delivered at the door by people in face masks who run away down the hallway as soon as you open the door is not a dream scenario. But miraculously, with a long parade of Teams meetings, a pile of work, workout challenges, yoga, and long facetime calls, the week passed by faster than expected. We all came out on the other side, mostly unharmed, but for a corona test in the nose, which made us all cry. Soon, we found ourselves at the harbor, next to our home for the next seven weeks, Malik Arctica: a massive (at least in my eyes), red container ship, with a white tower at the end, our living quarters.

As mentioned in my previous post, the science deck had to be built as this is not a research ship, and this is what we spent much of the onboard quarantine-week doing. Our containers came on board one after the other, and we started lifting and moving and removing all the (quite heavy) boxes to get everything organized and set-up. I got a very pleasant surprise when opening my box to find a Christmas gift from my supervisors! We now have six containers in all: one for mooring and CTD-winches (to lower and pull in cable), an engineer-lab, a bio-lab, a CTD-lab, and two storage containers for instruments and equipment. It is looking quite good now! Let’s hope the bad weather we’re heading through now doesn’t reorganize everything…

Another large part of last week went to getting used to the MSS instrument. MSS is a microstructure probe and is used to measure turbulence in the ocean. Turbulence is very high frequency and small scale motion, which makes it hard to measure. The instrument must be free-falling through the water to eliminate movement, such as drag on the cable. Even so, small movement as vibrations from the ship through the cable might disturb the data the instrument records. We, therefore, need to practice before taking real measurements at the ice shelf front, which is one of our goals.

Today we are passing the Bay of Biscay, and the weather is accordingly bad. We are all crossing our fingers that the seasickness won’t be too bad, and so far, we’re doing good. Apparently, the wind will increase later today, so let’s see how we cope… Yesterday we passed through the English channel in clear weather and saw both France and the Cliffs of Dover. And soon, we will be entering warmer waters and approaching summer again. I’m quite excited about some warm weather and sunny skies.

We’ll just have to make it through this small storm first.

We’ve also met the crew and gotten used to the ship. It is relatively new, has nice cabins (we don’t even have to share), good food, a gym, and a common room for watching movies and playing games (I think we all might be decent Mario Cart players by the end of the cruise). The stewardess has even already started decorating for Christmas, and they’re screening a Danish “julekalender” in the evenings. The other day we got a tour of the engine rooms and cargo hull – it is absolutely impressive. The engine room is a labyrinth of stairs and half-stories, seemingly going on forever, and the cargo hulls are immense. Most of the cargo we are carrying is on deck, and the ship is just taking 100 of 600 possible containers, so the hulls are huge and relatively empty, making for an impressive sight.

I just learnt that Svenja Ryan’s paper (with the exceptionally prolonged title?) “Exceptionally Warm and Prolonged Flow of Warm Deep Water toward the Filchner‐Ronne Ice Shelf in 2017” (GRL) was highlighted in Science as “Editor’s choice“! The editor gets some of the details wrong – but still, how cool isn’t that? Congratulations Svenja! I’m so proud to be a co-author!

In the highlighted paper we present the latest data from the southern Weddell Sea (including temperature time-series from one of my LoTUS-buoys  that I tell about here), which reveal that 2017 was a special year. The seasonal inflow of warm water that we typically observe to flood the continental shelf during summer was warmer and longer than normal, and we suggest that the anomalous conditions are linked to a fresh anomaly developing upstream as a consequence of high summer sea ice melt. The presented mooring records end early 2018 –  showing that the shelf density then was lower than normal, potentially leaving the “door open” for an earlier than normal onset of next year’s inflow.

Hopefully Polarstern (and I!) make it back to the Weddell Sea this winter (despite Corona) to recover the moorings deployed in 2018, so that we can tell the rest of the story and learn more about the implications of freshwater anomalies.

Today I’ve been listening in on the COSMUS cruise-planning meeting at AWI in Bremerhafen – it’s been great to hear all the groups that are joining the cruise tell about the exciting research that they are planning! During 75 days  – no that’s not a typo, 75 days or almost eleven weeks* – at sea, physical oceanographers, sea-ice physicists, all sorts of biologists and bio-geo-chemists will live and work onboard Polarstern – and people will do so many cool things! There will be bottom landers that measures the oxygen consumption of benthic fauna, bottom crawlers that map the ocean floor at millimeter precision, microplastic filtering, profiling with high cameras to quantify the amount of sinking organic matter… and off course plenty of good old CTDs and moorings! There will also be seal tagging, and I was excited to see my name in the group of people that gets to go on the ice and actually meet the beasts up close!

I joined Polarstern on a cruise in 2005, when I’d just started on my PhD. I bet many things will have changed – but rumours has it that “Zillertal” (the small bar) is still around!

*I didn’t tell my husband yet that the cruise will be that long, not quite sure about how to break the news… I’ve been told to tell things like that when there are lots of people around – and preferably nice food on the table… but I’m not sure about that one!

Then come and join us! We are currently have one PhD position at the University of Bergen (apply here*, deadline 10/1, 4 years) and one position at the Norwegian Polar Institute in Tromsø (apply here, deadline 7/1, 3 years) open. Both candidates will work on processes related to oceanic heat transport and melting ice shelves in the Weddell Sea, Antarctica – an exciting topic! If you’ve got questions about the positions, then don’t hesitate to contact me! 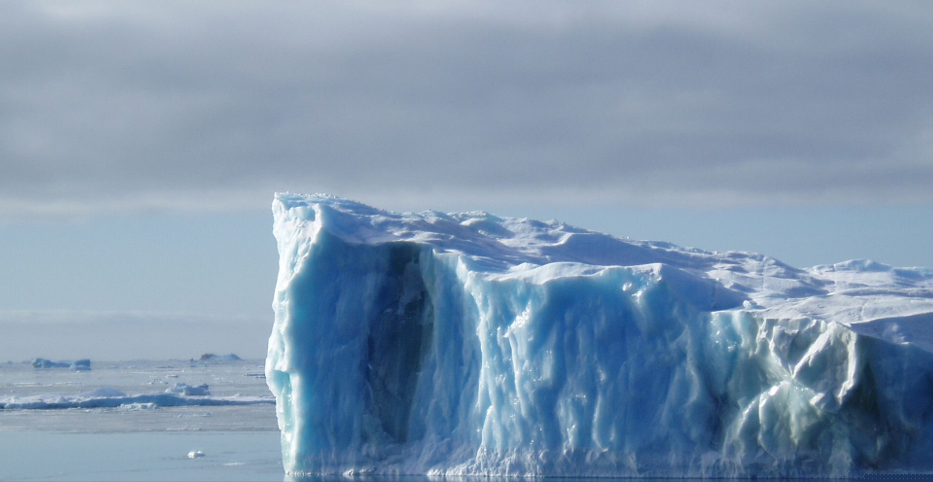 *The position in Bergen is announced only in Norwegian since it includes 25% duty work related to the project “EkteData” which aims to increase the interest for math and science among high school students. The candidate must therefor speak a Scandinavian language.