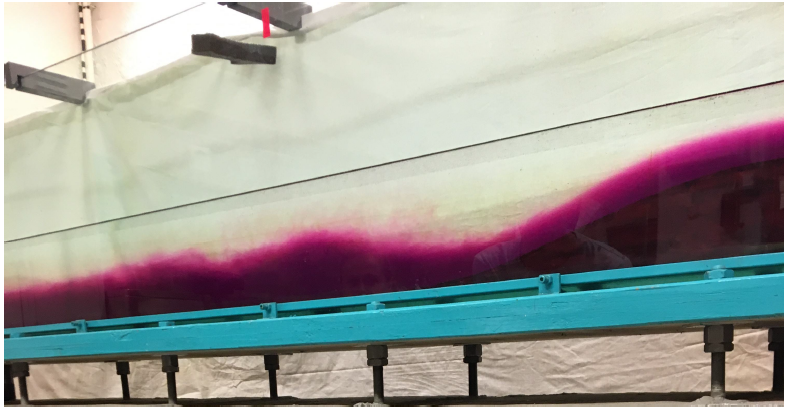 Antarctic ice shelves are thinnening at an accelerating rate, and they do so because oceanic currents bring warm water (heat) into their cavities causing them to melt from below. When they melt away, the ice sheet upstream accelerates, ice (mass) is moved from land to the ocean and the sea level rises, threatening to flood vast and densely populated areas. A part from cutting down our CO2 emissions there’s nothing we can do about it, or is there? We can off course build walls, or dikes, to keep the rising seas out like they do in Holland, but what if we built a wall that stopped (or at least slowed it down) the sea from rising?

Recently scientists from Princeton and Bejing Normal University suggested in the Cryosphere that in order to put  off a potential collapse of e.g. Thwaites ice shelf (which is thought to be unstable and which is feed by a huge, marine based ice stream and thus has a potentially large impact on the sea level) further into the future we should simply build a large wall – not in Holland, but at the seafloor in Antarctica, in order to block the warm water and keep it from entering the ice shelf cavity. It sounds like science fiction – and the thought of constructing such a wall is more frightening than anything Hollywood can produce. The risks are huge, the environmental impact is enormous (and thats sort of the point of it) – but the consequences of not doing it may be likewise. Enormous areas would be flooded, millions of people would have to leave their homes as the sea keeps rising. A wall would only buy us time, it would postphone, not stop, what is happening around Antarctica. And it would have no effect at all on other consequences of global warming. We still need to cut down our emissions, sooner rather than later, to make sure that our children and grandchildren – and their children and grandchildren – can live on the planet we call home.

So, if to build or not to build is the question, what would be your answer?

I was interviewed by a journalist from Ekko, a Norwegian radio program, about the proposed wall and the melting Antarctic ice last week. You can listen to the program here (in Norwegian/Svorsk). I’m right at the end!

Lee waves are a type of internal gravity waves, which is generated as fluid moves over an obstacle. The fluid needs to be stably stratified for this to occur. These waves can occur in both the atmosphere and in the ocean. (Cushman-Roisin and Beckers, 2011, page 412) To show this phenomenon it is convenient to perform a simple experiment, where a long tank is used. The tank is filled with stratified water, the bottom layer is denser than the layer above. A purple color is added to the denser water at the bottom layer, as seen in Figure 1.  This is done to distinguish between the two layers. The tank is also equipped with a moving obstacle which is possible to move at different constant velocities across the bottom of the tank.

When the obstacle is moved across the tank, waves are generated in the interface between the layers as seen in the figure 2. 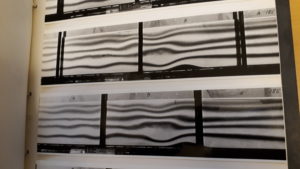