I asked my students to write a “blog version” of the lab report they had to hand in as part of the course in geophysical fluid dynamics that I’m teaching this semester – below is one of them!

When most people think about waves, they probably think of ocean waves crashing into the shoreline and beaches, but waves are so much more than that! In this report we are going to look at planetary Rossby waves, and how we can simulate them in the classroom.

First; what is a Rossby wave? Rossby waves are slow-moving large-scale waves that occur in rotating fluids, such as both the atmosphere and ocean. They are always propagating towards the west, due to something called vorticity and the change in the Coriolis force with latitude. The vorticity makes the fluid turn clockwise (or anti-clockwise) if it is displaced northward (or southward).

Second; what is Coriolis? Coriolis is the force that occurs when we are in a rotating system.  Large-scale movement on the earth is affected by the rotation of the earth. The effect of the rotation is dependent on latitude; there is no Coriolis force at the equator, and it increases towards the poles (negative values in the southern hemisphere).

Third: How do we simulate this change in latitude in the laboratory? In the laboratory, we use rotating tables, but the rotation rate of the table (and therefore the Coriolis force) is constant, so it’s impossible to simulate any kind of latitude. Lucky for us, there are two kinds of Rossby waves: one that is dependent on changes in latitude, and one that’s dependent on changes in depth. If we look at the equation describing vorticity, we see that changes in the Coriolis parameter (i.e. latitude), and changes in depth have the same effect on the vorticity. Therefore, in our experiment, we can use a tank with a slanted bottom to simulate the planetary Rossby waves.

This experiment allowed us to see the similarities between Rossby waves and Topographic waves with our own eyes, and experience that oceanographers can simulate a large scale system with simple equipment in a small laboratory.

– Are you sitting down? Anna is on the phone from Gothenburg. 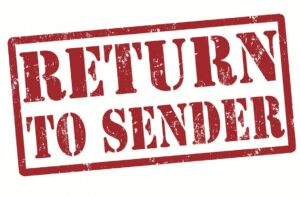 – Yes? Why? The potential-catastrophic-scenarios-creating-center (pCCCC) of mine is normally working hard 24/7, but this time it was caught completely off guard…

– I just got a phone call from a truck driver on his way to deliver scientific instrumentation to me from Germany; and the only instrumentation I have in Germany is the one that is supposed to go with you on Polarstern.

You might remember that we had major trouble getting Anna’s instrumentation (that I’m to deploy in the Weddell sea this winter) through customs in Germany (if not, read about it here). Well, despite all our efforts (and prayers) and German documents we failed. To get the instrumentation onto Polarstern we would have to send everything back to Sweden and start over, we were told… and then we would have missed the deadline. Luckily Hartmut (the cruise leader) entered the scene and saved the situation by kindly “adopting” our packages onto his freight lists (don’t tell anyone!) and the problem that seemed impossible to solve was suddenly solved.

But now it seemed like Anna’s boxes had been returned to Sweden after all? What had gone wrong? What should we do? Would there be time enough to do anything? When was Polarstern leaving?

At AWI they claimed that Anna’s boxes were still there. Maybe some of the boxes that had been unloaded from Mosaic had been sent to her by mistake?

My pCCCC wasn’t fully satisfied with that explanation… but that’s likely what had happened. Puh!

– or like a friend of mine used to say: “Another good worry wasted!”

Aaaah… full panic! It is three o’clock on a Friday afternoon. All the cargo that is being sent to me from Sweden to Polarstern is missing some mysterious export declaration number, it is stuck in customs and can’t be loaded it until the right number is on the right document. Sven, an extremely helpful technician at Gothenburg’s University is in contact with a German company that hopefully can help us obtain the missing numbers…  all of a sudden I get an e-mail from him saying that they need a detailed description of all the goods and its intended usage – in German. Now. I did two years of German back in high school – and I’ve brushed it off a bit lately with Duolingo since I know I’ll spend most of the winter on a German ship… But I’m not quite at the point where I can describe oceanographic instrumentation on the fly. I start with google translate – while desperately calling everyone I know who speaks German. No Nadine, No Mirjam… but Stefanie finally saves my day and makes sure that the text that google translate has produced isn’t just garbage. The document is on its way through cyberspace to the German company – and I’m back to correcting my student’s lab reports. Luckily, they are not in German!

I’m Vår, and I started my Ph.D. this summer at the Geophysical Institute in Bergen with Elin and Kjersti as my supervisors. Right now, I’m working with mooring data from the Amundsen Sea, but the next step is to begin a combined model and mooring study from the Weddell Sea. There, I’ll be looking mostly at shelf-break interactions at the Filchner trough opening and look for wind-field conditions favorable for far-reaching on-shelf heat transport.

Since I started working with Antarctic oceans, I’ve had a small hope that I would get the chance to join a cruise and go there sometime. So when I one Monday morning in the middle of October opened my inbox to find an email with the header ‘cruise’, stating that there was a possibility that I could travel to Antarctica this winter, I was slightly speechless and very excited. After a week or so with anticipation, I got a confirmation that I would be able to join the cruise. Since then, the practical details have started to dawn on me: In total, we’ll be gone for two months (including Christmas and new years). Of these two months, we will spend about 7 to 10 days in Antarctica. So how does this add up? Due to Covid, we start off by spending one week in isolation at a hotel in Denmark. After this, we board the ship but need to stay in port for a week to finish our two quarantine-weeks.  We then start our transect southwards, which takes four weeks. Reaching Antarctica, we do our science for 7 to 10 days (fingers crossed for 10) before a week-long transit takes us to Cape Town, and we fly home. I realize that I dread the first week of isolation, but then again, when you’re able to go to Antarctica, there’s just one sensible response.

The Norwegian Polar Institute is organizing the scientific work on this cruise. In total, the science team will consist of five people: Tore Hattermann, Kirsten Forssan, Sebastien Moreau, Julius Lauber, and myself. The plan is to make our way to the Fimbull Ice Shelf, where they have moorings that need some updates. These moorings are located along the continental shelf-break, where the ocean depth suddenly drops from a few hundred meters to about 2000 meters. Processes along this shelf-break are crucial for the southward flow of warm water, and consequently, important for how much the ice shelves melt. These moorings are also upstream of known regions where warm water flows in under the Fimbull Ice Shelf, where other moorings are located. A mooring array here can therefore provide valuable information on how upstream conditions affect the Fimbull Ice Shelf.

In addition to the mooring retrivement and deployment, we will run a couple of CTD-sections (conductivity for salt content, temperature, density) and (hopefully) measure turbulence along the ice shelf front and underneath the fast-ice cover. If the weather permits it, we will also go onto the ice and measure properties underneath the ice.

The ship we are traveling with is not a usual scientific ship, but a freight ship, traveling southward to supply the Troll station. This means that it does not have the scientific equipment installed – we have to make a make-shift scientific deck with labs and winches ourselves. If this works out well, it will open up for new possibilities, where scientific data collection and supply missions can be done all at the same time, which is actually quite exciting.

Right now, I’m trying to get my head around everything I have to get done before I leave. It’s challenging to think about learning how to use the MSS-instrument and remember to download all the data I think I might want to work with for the next two months, at the same time as deciding how many woolen socks I need and what I’ll wear for Christmas. Still, I just shipped off one bag to the ship, I’ve gotten my health and teeth certificates signed, so I think I’m getting there. And there’s still one week left before I’m off.

My five pallets with equipment for this winters expedition to the Weddell Sea is now finally on their way to Bremerhafen & Polarstern! Many thanks to Helge and Algot for helping me packing and preparing – and to Tor for taking over when they ran away with Ilker to the Barents Sea, leaving me to finish up all the paper work – freight lists and proforma invoices are luckily not part of my standard vocabulary, but during the last couple pf weeks it feels like I’ve been doing nothing but that… and I’ve definitely learnt more about dangerous goods and codes like UN9031* and LQ** than I ever wanted to know! I do appreciate that Helge & Algot are back ashore!