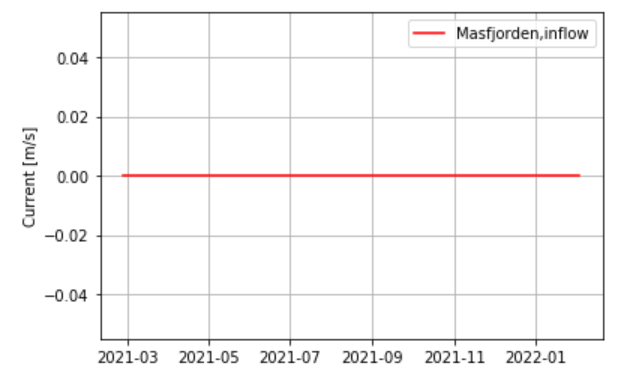 Last summer, we were excited to learn that the deep water of Masfjorden had finally been renewed – the deep fjord basin was replenished with new, oxygen-rich water, making it a much better place for fish to swim around in. We were equally excited when we headed up to the fjord last week (together with the paleo oceanographers), to recover the moorings that have been standing on the sill and in the deep basin for almost a year now. We were finally to learn more about when and how the renewal actually occurred!

The moorings were recovered without problems, and all looked good until Algot was to display the data on the screen. Were we expected to see the wiggly line displaying the current-meter record, revealing the strength and length of the renewal episode – there was only a straight line. Zero. A whole year of zeros, nothing but zeros. All the other sensors worked fine… but for some, still unknown reason, the velocity record was missing… the one record I had looked so much forward to seeing!

When it rains, it pours – especially if you are in Bergen. The second disappointment was waiting for a bit further into the fjord – one of the instruments that were supposed to record oxygen concentrations (and salinity and temperature) had leaked through a defect connector. The instrument (which is quite expensive) is ruined and the data is gone…