Karen’s texts got stuck somewhere between the ship and Bergen…. but now they are here and I’ll share her reports with you! First some background…

For a long time nobody went to the Amundsen Sea. James Cook turned around at 71° 10’ S in 1774 faced with thick multi-year sea ice and apart from one more attempt by the Belgica in the early 1900s, no ship went there until 1994. That cruise discovered that the bottom layer of water on the continental shelf was filled with warm (1-2 C) and salty water and this explained the high melt rates that glaciologists were seeing under the floating ice shelves that fringe the area. Interest really rose when the glaciologists realized that the area had the highest thinning rates on the Antarctic Ice Sheet. Since the atmosphere in Antarctica is generally too cold to cause much melting at the surface of the ice sheet, the warm ocean layer and the high melt rates in the ice shelf cavities was identified as the culprit. So for the last 15 years there have been regular scientific cruises to the Amundsen Sea to find out what controls the flow of the warm water and how and why it may have changed to cause the observed thinning of the ice shelves.

Our cruise is part of this effort. We are on the South Korean Research Ice Breaker Araon that is owned by the Korea Polar Research Institute KOPRI. Two years ago we went to the Amundsen Sea to Araon to deploy an array of moored instruments to measure the flow, thickness and temperature of the warm water layer. One of these sites has had oceanographic instruments for 8 years, the others have never had any instruments before. Hopefully all of our so-called moorings will have measured temperature, salinity, oxygen and current velocities over the past two years and will come back in one piece when we release them.

My name is Karen and I work as a researcher at the Department of Marine Sciences at the University of Gothenburg. I have done research in the Antarctic seas and how they interact with the sea ice and ice shelves since my PhD. Then I was mainly using numerical models, now I am mainly working with observations. I was on the Araon cruise two years ago when we put the moorings into the water that we are now recovering. I have started crossing my fingers that they all come back and am really excited to start looking at the data. On board Araon I also run the bread maker a.k.a. the on-board bakery – Korean breakfast isn’t for everybody!

Johan Rolandsson works as a marine technician with MMT (Marine Measurement Technology) in Gothenburg. He went on the Araon cruise in 2014 and will help me with the mooring recoveries and deployments. 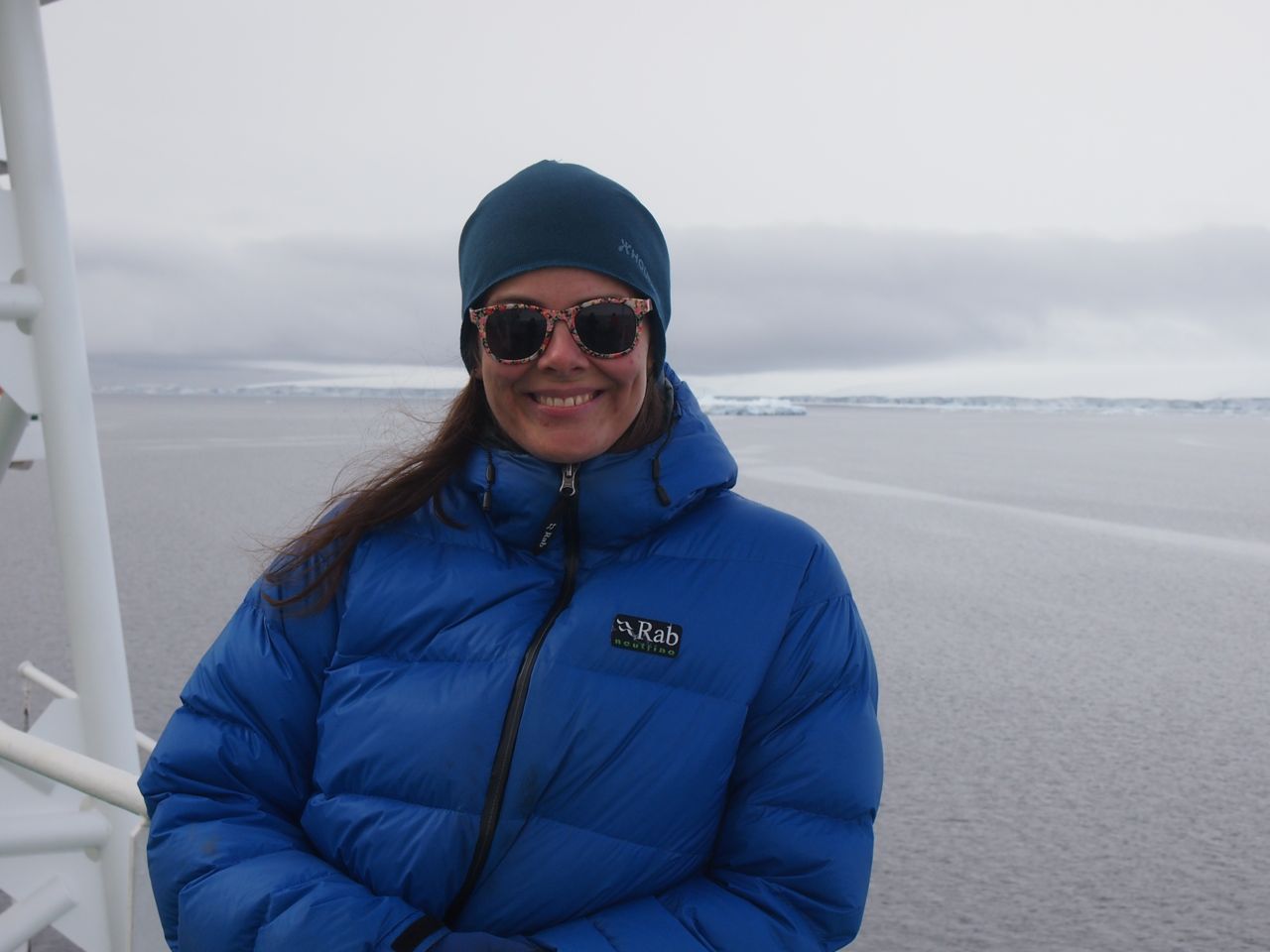 Karen on the last Araon cruise to the Amundsen Sea. 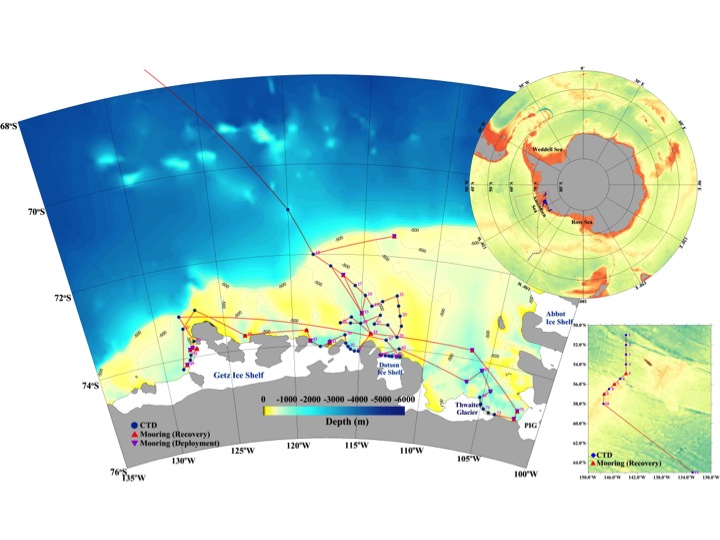 The initial cruise track and stations (courtesy of TaeWan Kim). 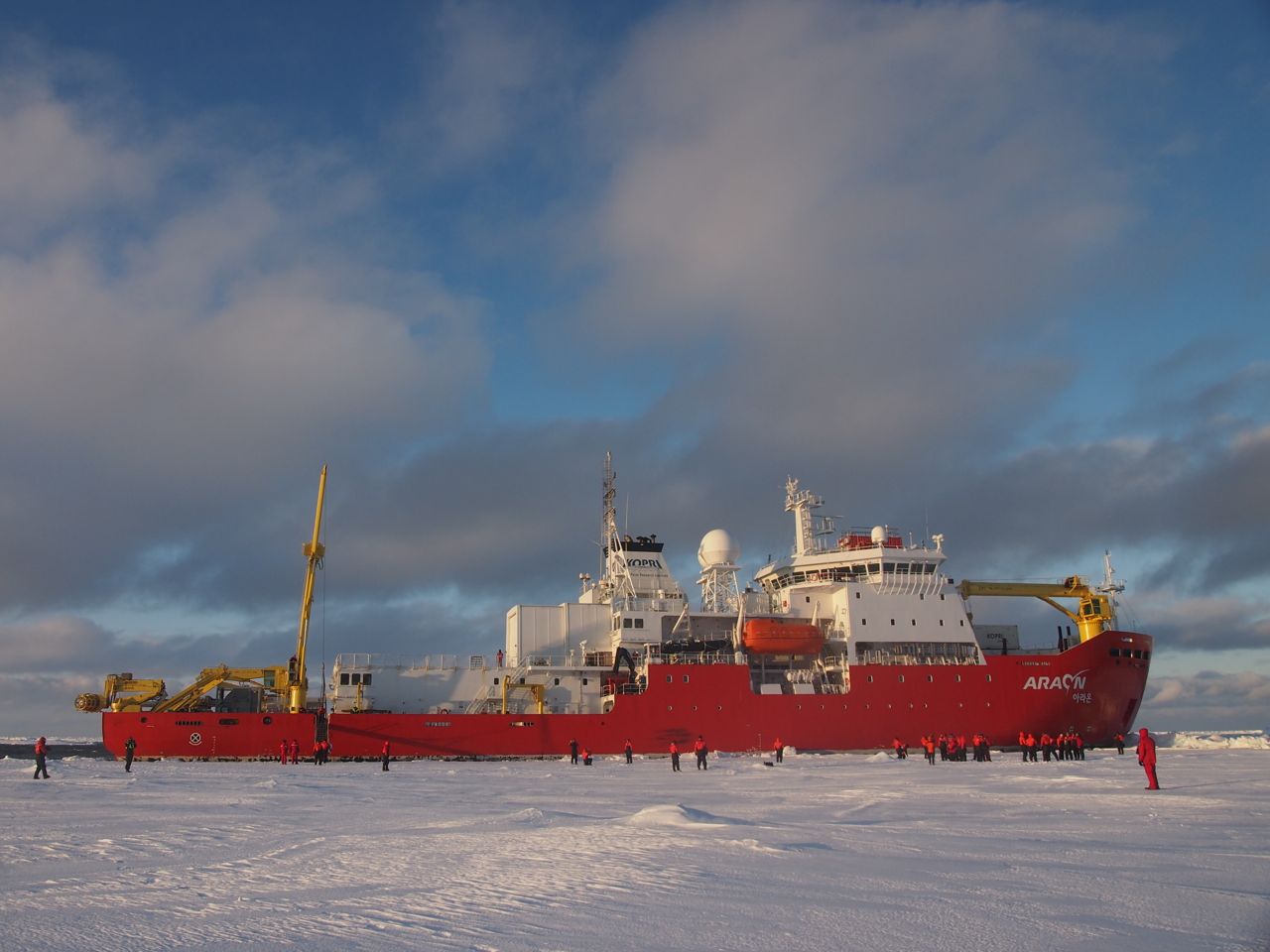 The South Korean research ice breaker Araon in her natural element on the 2015/16 cruise. 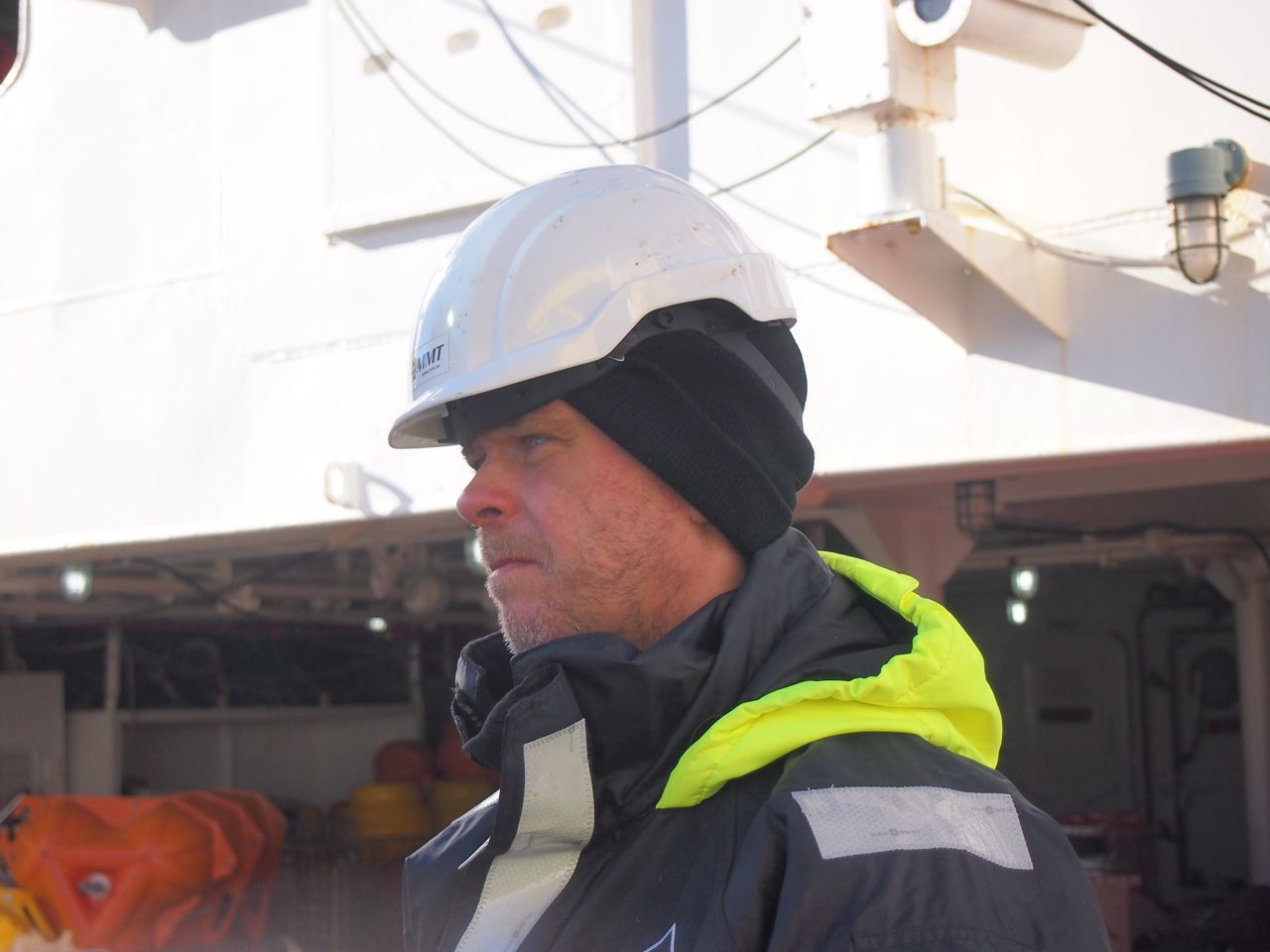 Johan waiting for a mooring to appear on deck.