… obviously because we want to gain more scientific knowledge about the ocean in Dronning Maud Land – both about the biodiversity (fish, mammals, plankton, benthos) and the physical aspects (water masses, currents, sea ice).
However, there is also a political reason behind it. Antarctica is nobodies land and divided into territories from different nations. To avoid exploitation of the land and the Southern Ocean, an Antarctic Treaty was signed in 1959 by the 12 nations that were scientifically active. Today, it consists of 53 parties. Within the Antarctic Treaty, there is a Convention on the Conservation of Antarctic Marine Living Resources, that started in 2008 to regulate fisheries in Antarctica and to adopt Marine Protected Areas (MPA). It is part of the global objective of UN Convention on Biological Diversity to protect 10% of coastal & marine areas by 2020.
The biggest MPA today is in the Ross Sea in Antarctica. Further MPAs are under development, but are not consensus yet. One of the discussed MPAs is in the Weddell Sea and partly contains Dronning Maud Land, under Norwegian claim. A science-based management is crucial for the planning of the extent and conditions of the MPA, which is the reason for why we are going there with people from different scientific backgrounds. 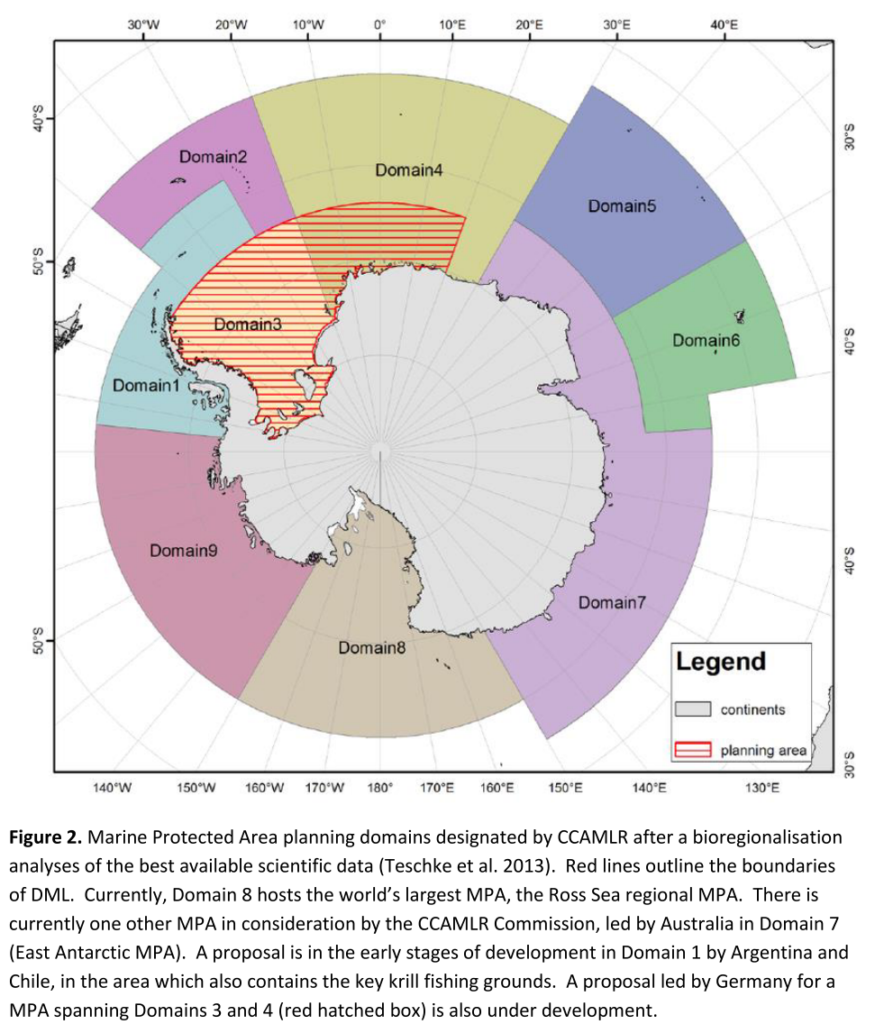