The Santa Claus at the Norwegian Research Council distributes his gifts already during the first weeks of December… and this year one of them landed on our desk! Our Project  iMelt (which is short for “Ocean-ice shelf Interaction and channelized Melting in Dronning Maud Land”) led by Laura de Steur at NPI got funded!

10 MNoK to service moorings and installations on the Fimbull ice shelf, to hire a PhD-student and posdocs to analyse all the data we are and will be collecting and to numerically model the system we are studying 🙂

This is the Project summary form the Application:

The recent increase in the Antarctic contribution to global sea-level rise is a major concern given that the majority of the world’s population lives along the coastlines. This increase, which is now thought to be irreversible in West Antarctica, is triggered by ocean-induced melting beneath the floating parts of the ice sheet known as ice shelves. Most basal melting occur near the ice-sheet grounding lines and the ice-shelf fronts, as well as within basal channels underneath the ice shelves. This project will quantify the processes and importance of ocean-ice shelf interactions and channelized basal melting in Dronning Maud Land, East Antarctica. The main focus will be on Fimbulisen ice shelf which has a complex network of basal channels in the central part of the ice shelf and a tongue that extends seaward of the continental shelf. Under-ice shelf data has been collected at Fimbulisen since 2010 and new, planned infrastructure along the coast of Dronning Maud Land will allow us to investigate ocean processes outside the ice shelf. Three autonomous radars are also deployed on Fimbulisen and Nivlisen ice shelves to monitor ice-shelf basal melting directly. The Project will quantify the relationship between far-field ocean dynamics, ocean-ice interactions and basal melt rates through these concurrent oceanographic and under-ice shelf measurements. This interdisciplinary research combines in-situ measurements, satellite remote sensing, and high-resolution modeling of ice-ocean interaction in Dronning Maud Land and will provide fundamental new knowledge on processes related to basal melting, essential for a better understanding of the stability of the Antarctic ice sheet.

… and this is the Fimbull ice shelf! 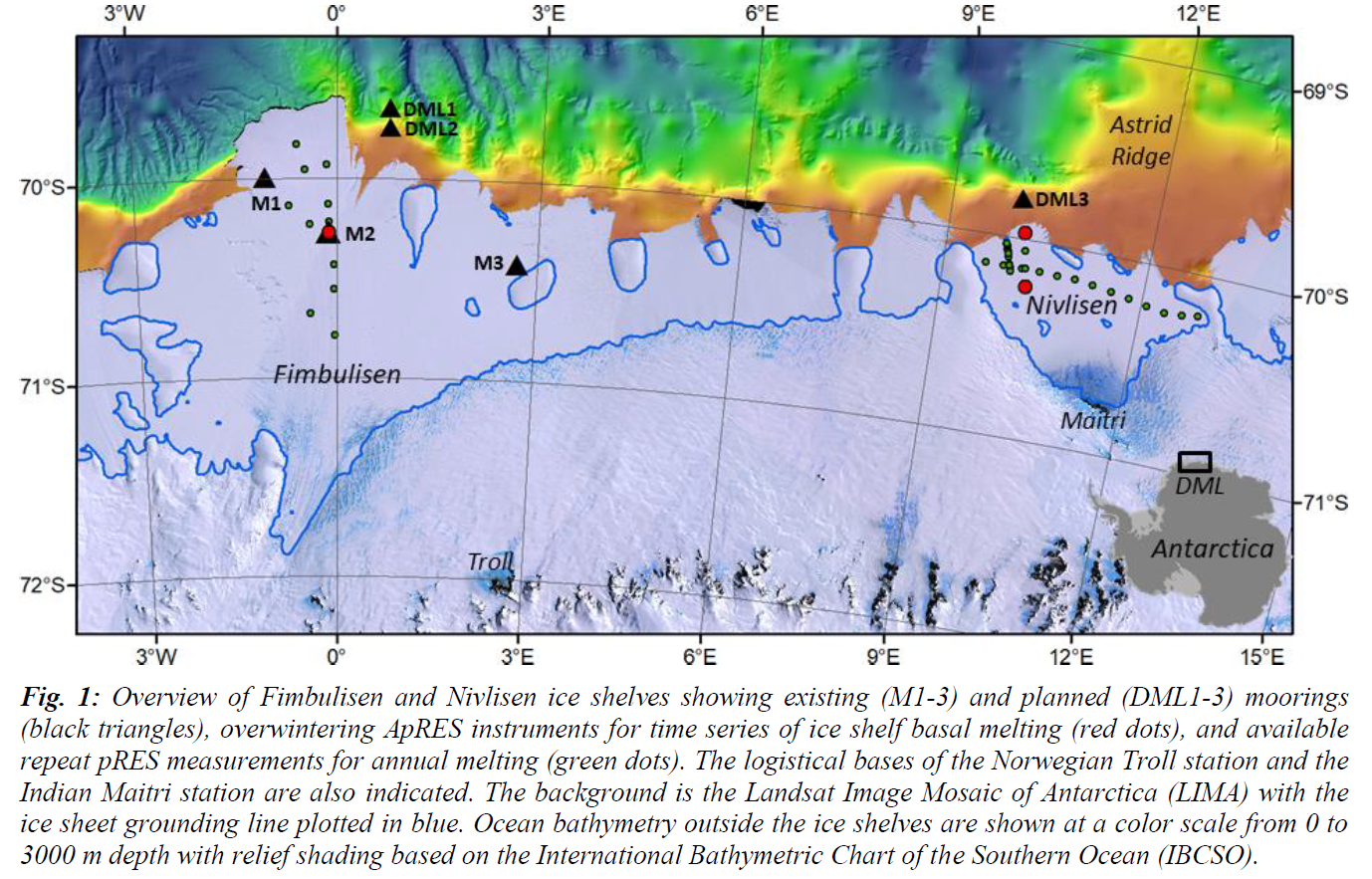